The British Shockwave Association (BSWA) held its inaugural meeting at the 2018 UK Shockwave Conference – London 24th March. In March 2019, the number of attendees increased. Next year looks to improve on even this success, as the word spreads. – http://www.britishshockwaveassociation.com/

The Shockwave UK 3rd Conference was a day-long sharing of knowledge among peers. It was held at the Park Crescent Conference Centre, close to London’s Regent’s Park. WholeLife Clinics Medical Director, Professor Nicola Maffulli and his wife, Mrs Gayle Maffulli, our Lead Practitioner, unveiled the British Shockwave Association (BSWA). In attendance were leading experts in the field.

Here’s a snippet of the day’s action – https://www.youtube.com/watch?v=TuIOFmozuzg

Before the BSWA, there was no shockwave association in the UK. The aim of the association is to bridge the gap between device companies, clinicians and patients. This will lead to an exchange of knowledge and ideas between us all.

The BSWA follows national and international guidelines, whilst maintaining a pragmatic, non-exclusive approach. This will cover all specialities in which Shockwave Therapy (SWT) has been proven effective. These include injuries of tendons, muscles and soft tissues; erectile dysfunction (ED); facial and bodily rejuvenation, and urological issues.

The Association’s ethos is that it is essential all healthcare practitioners administering SWT are trained to the highest standards. Also, that they’re aware of all relevant research and up to date information, so improving treatment outcomes.

The British Shockwave Association (BSWA) will facilitate future collaborative research in SWT to ensure a long, bright future for us all.

Those in attendance had shared expertise on SWT, whether as clinicians, practitioners, scientists, or technical experts. Aside from this specialist arena, though, SWT remains outside the mainstream in the UK. This means that a layperson may be unfamiliar with what it entails.

For such innovative technology, SWT has a long pedigree :

The effects of shockwaves on the human body became apparent during the Second World War. The explosion of depth charges near humans led to lung disruption despite no signs of outer physical trauma. This led scientists to believe that shockwaves experienced even at distance from the explosion created damage to vulnerable lung tissue..

In the 1950s there was a flurry of studies into shockwaves use in medicine. Lab experiments had shown that they could disintegrate ceramic when shot through water. Shockwaves were then being experimented on around the world, It was Frank Rieber, NY, USA, who applied for the first patent of an electrohydraulic shockwave generator (patent number 2.559.277).

As a result, it was realised the best way of applying shockwave to living tissue is through water, or a water based gel. It was later discovered that shockwaves provide one of the best methods of mapping underwater areas. This is because there is very low dissipation of shockwave energy through water (Haeusler & Kiefer, 1971).

The first non-direct contact disintegration of a kidney stone was described in 1971 by Haeusler & Kiefer. Further experiments showed similar disintegration. In 1974, the Department of Research and Science of Germany financed the first application of SWT. In 1980 a prototype machine, The Dornier Lithotripter HM1, treated the first patient for kidney stones (Chaussy et al, 1980). Then, in 1983, the first commercial lithotripter, the Dornier Lithotripter HM3, became available in Germany.

A prototype lithotripter was used in Mainz in 1986 which did not need a bath of water. Devices now work without the need for a body of water and are often equipped with x-ray or ultrasound localisation systems.

During the next 10 years, shockwave devices were trialled extensively. Orthopaedic disorders including non-union fractures, pseudo-arthroses, osteochondrosis and various tendinopathies were treated (Haupt, 1997).

Shockwave devices had now found a place in orthopaedic medicine. As a result, there was a need to develop a specific orthopaedic shockwave device. In 1993, OssaTron (HMT AG) developed one with a freely movable head. The 1990s research into heel spurs and epicondylitis led to the development of many new devices with massively increased durability.

Shockwave therapy continues to increase in popularity but remains a relatively new technology for orthopaedic medicine. (With thanks to – www.shockwavetherapy.education/index.php/theory/history)

It doesn’t end here, as the field of treatable conditions continues to expand. For example, SWT has now gained a recognised role in the long-term treatment of ED. What we now see is an effective, safe treatment for a multitude of conditions. We’ve come a long way from underwater bomb blasts. Out of destruction came healing. 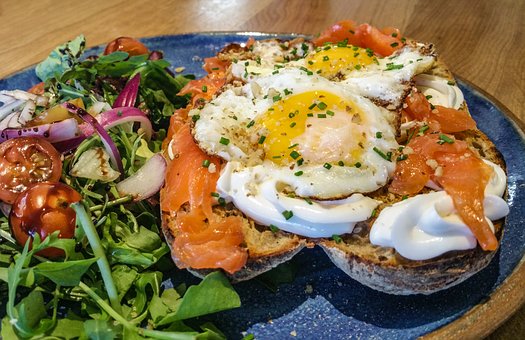 There were rumours of a key person nodding off in the auditorium after lunch. It was quite a spread, so who can blame them? We are confident, though, that delegates took away more than a full stomach.  It was a sense of a new sense of shared community between us all.

This is to everybody’s benefit. We hope a future sharing of knowledge will achieve advances in SWT even faster than those outlined above.

Together, through the BSWA, we can grow. We have a long, bright future together, as at last shockwave therapy goes mainstream. This future will include not only SWT professionals, but those for whom the treatment matters most – their patients.

Shockwave Therapy: the sound that makes us whole again!

This site uses Akismet to reduce spam. Learn how your comment data is processed.

Where to find us